Welcome to the first Newsletter for 2018!!

Welcome
On behalf of Anzac Terrace Primary School welcome to all our families especially to those of you who are new to our school. Whether you are returning this year or joining us for the first time, we hope you have a great experience at Anzac Terrace.  This is a school which welcomes parents to be part of our wonderful school community. There are always lots of ways you can be part of it to enrich your child’s experience at school. I encourage you to take every opportunity provided to be an active part of this great school community.

School Council
As mentioned in the last three newsletters last year, it is my responsibility to call for nominations for School Council Members, Parent Representative.  Therefore, nominations are now open.  There are three Parent Representative Positions available.  Please read the information and nomination form attached.  If you are interested in running for School Council, please complete the nomination form and return it to the school office before 3pm Wednesday14 February.  Should more than 3 parents nominate for these positions, I will hold an election on the Thursday15 February.  If you have any additional questions regarding the School Council, please don’t hesitate to contact Adam Cheetham or myself.

The first meeting for the P&C for the year is always the AGM.  The AGM is a great meeting as it sets the agenda for the year and our office bearers are also established.  Our P&C have been wonderful supporters of our great school over the years and we ask you to consider joining as a member.  Do not feel pressured for taking on a role, just come along and see what you think!   The P&C are all volunteers, relying on volunteers and highly value anyone willing to volunteer their valuable time.  The P&C AGM will be later this term; I will announce the date and time of the meeting through Connect.

We have changed the process for the signing in of late students and the signing out of students who are sick or going to appointments etc.  All students will now be signed in/out through the iPad on the front counter.  This serves two purposes 1. It clears up the front counter of files and other paraphernalia used to sign in visitors, relief teachers, contractors etc. 2. It gives instant information to class teachers and administration; so in an emergency we know exactly who is on the school site and who is not.  No information is stored on the iPad; instead it feeds to our school data base.  The lovely ladies in the office will happily talk you through the very quick process when you first have to use it.  I hope you will support us in our efforts to keep our students safe and the information up-to-date.

Dogs
A reminder that dogs are not permitted on the school grounds for the safety of all students.  It is not acceptable for dogs even on leads to be within the school boundary either before school or after school; this includes the latter hours of the day and weekends.

Edu-Dance
The very exciting and energetic Edu-Dance program has started with earnest this week. Edu-Dance is now conducted every year and has the support of your School Council and P&C as an integral part of both our Arts and Physical Education program. The program will be administered across all year levels from Pre-Primary to Year 6, with all students participating in 9 lessons across the term. This program is conducted by qualified instructors with children attending one session per week. This will culminate in a concert toward the end of Term 1; I will give you all the details of this enjoyable event as they are finalised. Edu-Dance are outside providers and therefore there is a cost per student ($32.00). This costing has been approved by your School Council as part of the “Contributions and Charges Schedule” for 2018.  Money should be paid as soon as possible using payment envelopes available through your child’s class teacher and at the school office, or via the Qkr! app.

Have a great week.

Artwork in the Office

Thanks to Mrs McCulloch, we already have a beautiful display of artwork in our office from students in Rooms 11 and 13.

As our LOTE is Japanese it is appropriate for budding artists to create artwork depicting Japanese fireworks. 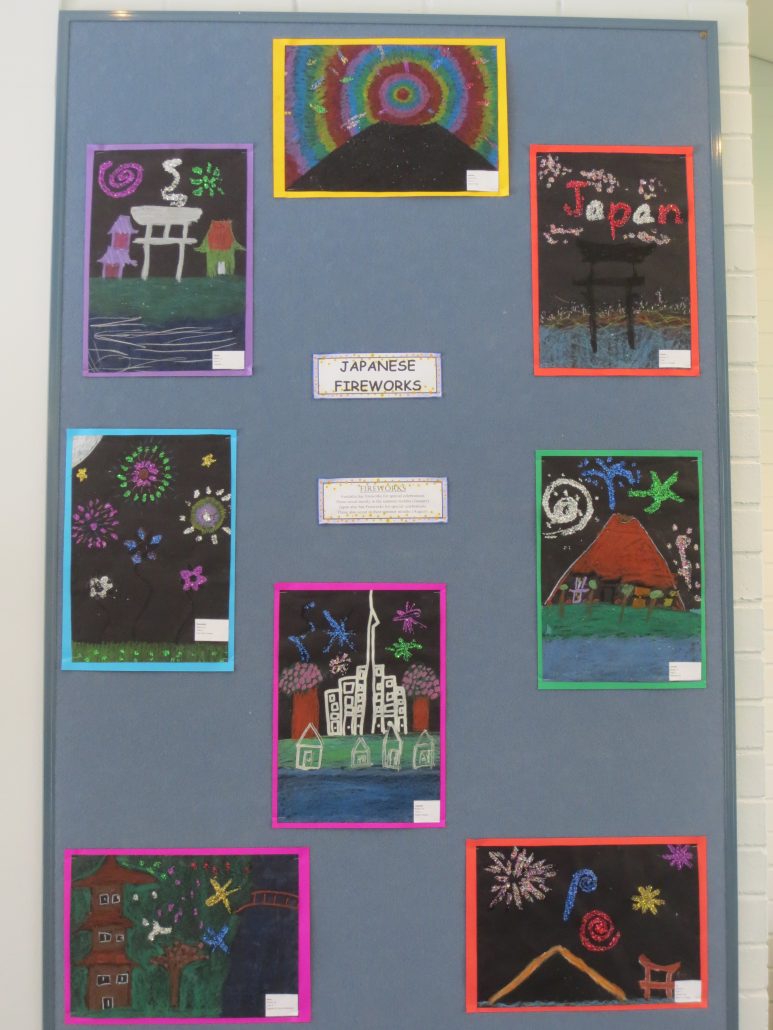 After such a successful first year, Anzac Terrace Netball Club is happy to be entering teams once again into the Winter Netball Competition held by Swan Districts Netball Association.

This competition is held over 15 weeks, with weekly training sessions.

Training sessions are held at Anzac Terrace Primary School, on Tuesdays and Thursdays after school, they are as follows;

The cost, as set out by SDNA and ATNC, are as follows;

Year 2, 3 & 4 – $180 (this includes uniform hire, Netball WA affiliation/membership and a Participant pack for each child).

There are several payments options, and Kidsport vouchers/codes ARE accepted. This can be discussed at our Registration Day.

We are holding a Registration Day on Wednesday 28 February 2018, on the courts near the Assembly area, between 3 – 5pm.

If you are unable to make it to our Registration Day, but are still interested, please contact Joanne Fealy on 0438 667 859, or email at joannefealy@gmail.com 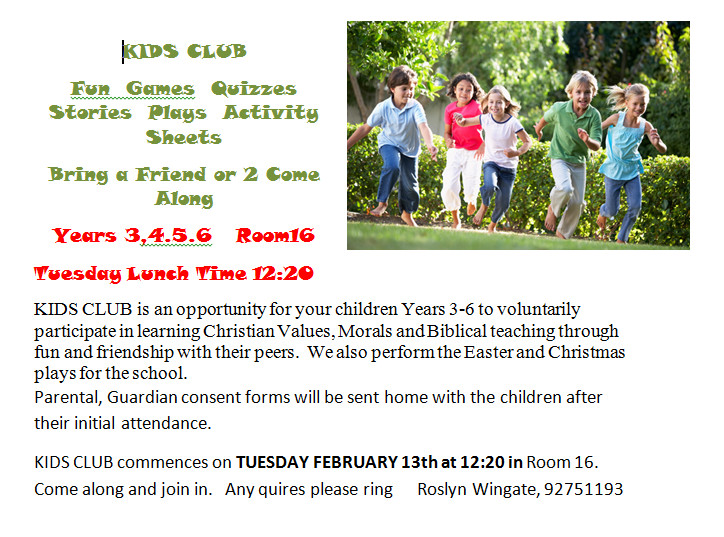 All families must be enrolled to attend the program, remember this is easy and free!! Please create an account online at http://www.oshclub.com.au all bookings and cancellations can also be managed via your online account. For on the day bookings please contact the Coordinator direct at the program.

The School provides information on Community activities that may be of interest to students and families but does not have specific knowledge of these activities and does not endorse or recommend a particular product or service that is listed.

In 2018, Keyed Up Music will be running guitar lessons afterschool at Anzac Terrace Primary School. Prices start from $17.50 for a small group lesson (group of 3). 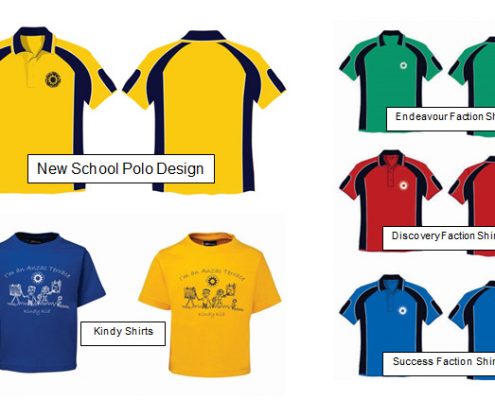 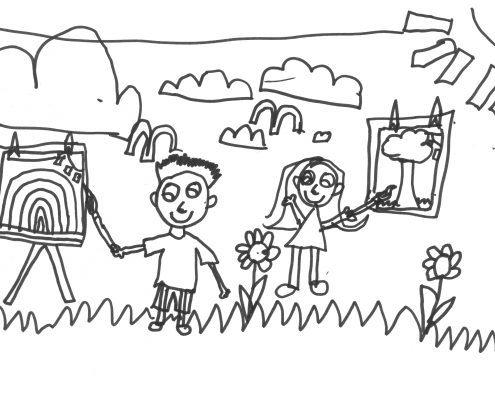 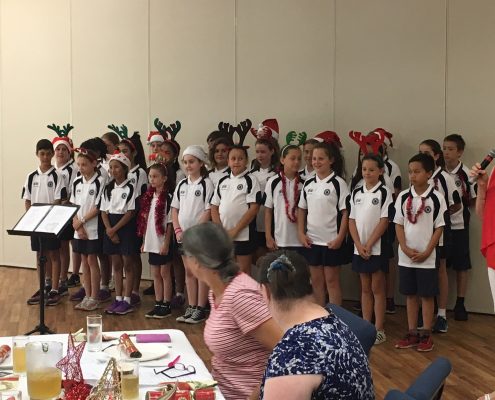 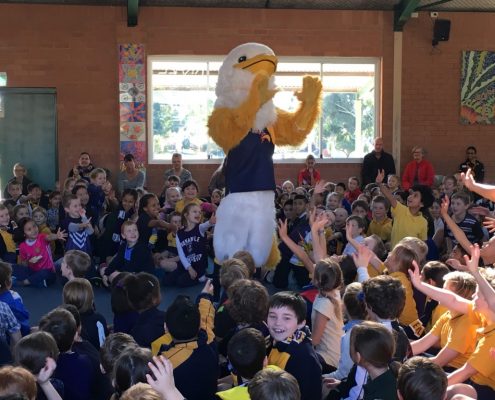 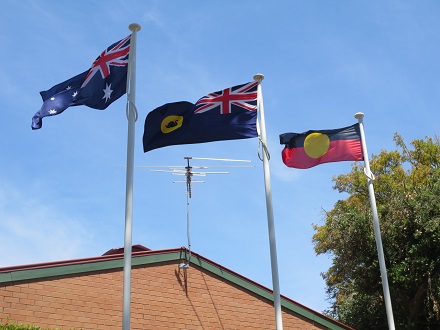 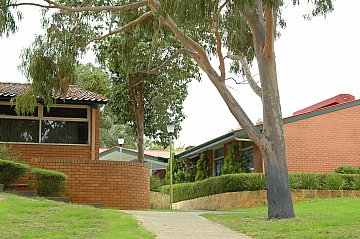