Welcome to this edition of the Terrace Times.

Book Week – Dress Up
Don’t forget this Friday is our annual Book Week Dress-Up and parade.  The theme for this year’s Book Week is ‘Escape to Everywhere’.  Come dressed as your favourite book character and make a gold coin donation to the Prefects. The parade will start at 9am on Friday; hope to see you there!!

In-Term Swimming (P/P to Year 2)
It was great to get feedback from the staff at Bayswater Waves yesterday.  We were told our students were the best behaved school group in quite a while.  Of course, we already knew that; but it’s great to get that outside recognition … Well done to all students taking part in In-Term Swimming.

Yellow Hair Day
Next Monday, 28 August, is Yellow Hair Day.  We are supporting the Cancer Council’s Daffodil Day by having a Yellow Hair Day fundraiser.  Students cans wear a wig, colour their hair yellow, or just buy a pen or a lapel pin.  Again it is a gold coin donation to participate.  Please help us support this very worthy cause.

Faction Carnival
As was the case last year, this year’s Faction Carnival will be held over two days.  Wednesday 6 September will be Jumps and Throws, and Friday 8 September will be races and team sports etc.  If the weather turns nasty we will postpone one or both days of the carnival to other day this term.  If this does have to happen, we will contact you on the day through the Connect Phone app.  This will give us instant access to message you.  If the weather is inclement (but not nasty) we will push through the carnival … our quite tight timelines for all carnivals are set by the Interschool Carnival Committee.   This year, there are plans afoot from our wonderful P&C for a sausage sizzle and coffee van to be at the oval on the Friday … Should be a great day, I hope to see you all there.

Open Night
Just a reminder that Tuesday 12 September is our school’s Open Night.  All classes will be open from 4:30pm to 6:30pm on that night.  This is a great opportunity for you to see all the hard work your child has been doing all year, and to get a real feel of the progress they have made.  It is the perfect opportunity to celebrate all the successes and milestones (however small or big) that your child has achieved so far this year.  I look forward to seeing you there.

Aussie of the Month 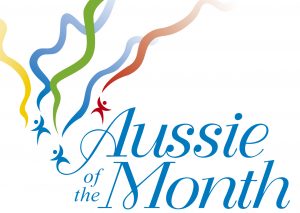 The Aussie of the Month award recognises personal endeavour, achievement and contribution to the community.

The awards also reflect some of the values we share as Australians, a sense of fair play, generosity of spirit, commitment to community participation and a real concern for the environment.

Twice a Term, two students are chosen as the Aussies of the Month and the recipients are presented with the Aussie of the Month badge and certificate at a school assembly.

The certificate and badge is kept by recipients as a memento of the occasion.

Congratulations to Tide and Anna our Aussies of the Month for August. Well done! 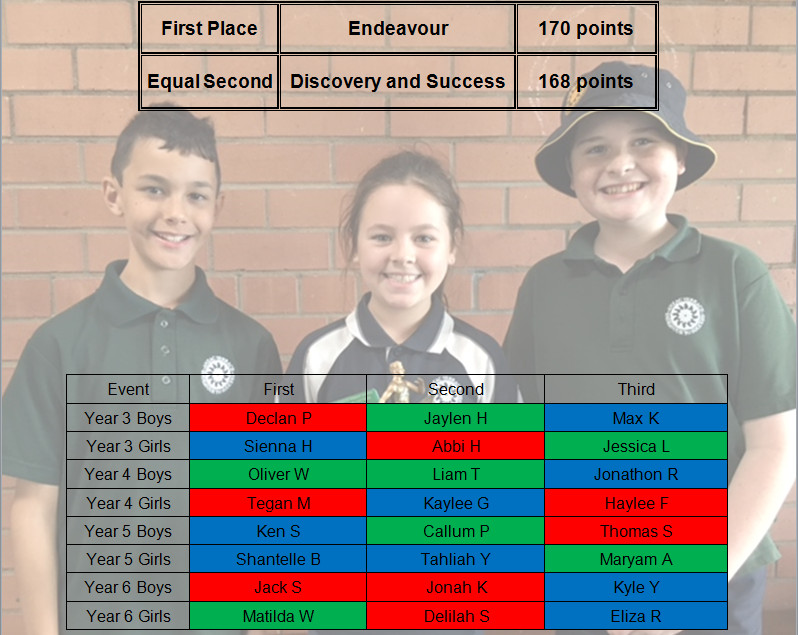 Well done to all the students who participated in the Faction Cross Country and congratulations to all the winners! 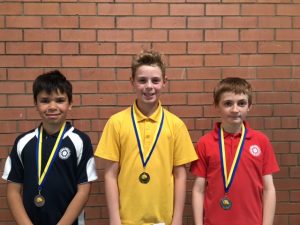 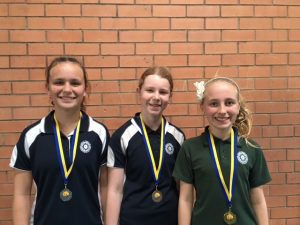 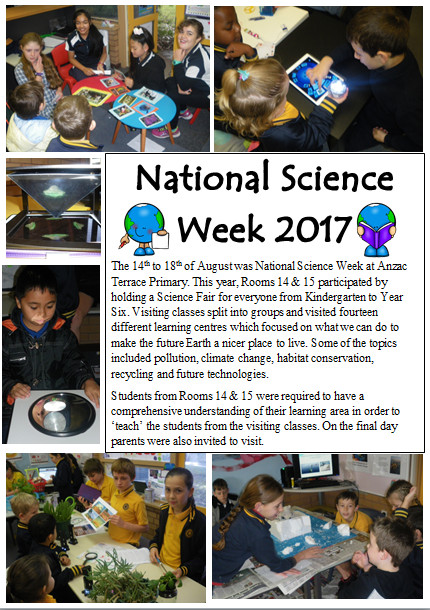 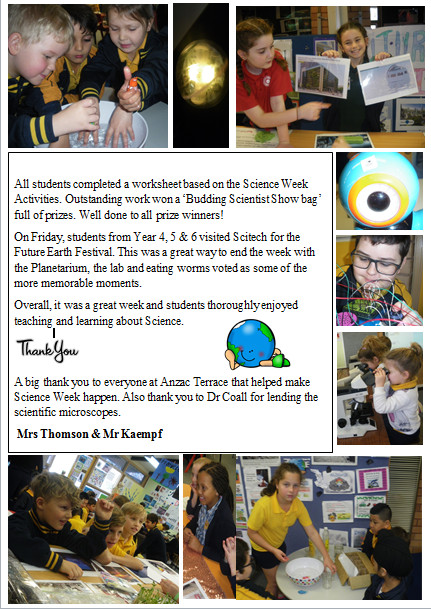 Congratulations to the following students who where presented with an Honour Certificate at the last Assembly.

Students receive Honour Certificates as acknowledgement for achievement in academic success, social skills and thoughtfulness to others.

Being a Reading Sensation 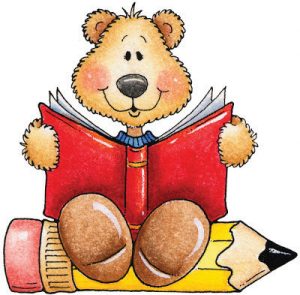 As most of our students read each night, the BEARS reading program is not extra work for students, parents and caregivers or teachers, it is simply a method of calculating the number of nights the students read, and then rewards them at strategic numbers, eg 50, 100, 200 and so on.

Well done to the following students who have read for –

Students Not Returning in 2018

Parents, if your child is not attending Anzac Terrace in 2018, please complete the attached form and return it to the school office as soon as possible.

Message from your School Council

Staff Member of the Month

Anzac Terrace Primary School provides a fantastic environment for kids to learn and grow. ATPS staff create and contribute to this environment in many different ways. To recognise outstanding efforts by our hardworking staff we are launching a Staff Member of the Month award.

For this award, staff members are nominated by students, parents and other members of the school community for their positive impact on the school culture and the lives of our students.

The monthly recipient will receive a certificate of appreciation, presented at a parent assembly.

We want to hear from you! Which Anzac Terrace PS staff member will you nominate?

1. Pick up a nomination form from the Admin Office and return it there before the close date
2. Email the details of your nomination to: ATPS_Council@outlook.com

Nominations for the first award close Monday 28 August, and the recipient will be announced at the Week 7 Assembly on Friday 1 September.

The Staff Member of the Month Award is a joint initiative of School Council and Anzac Terrace P&C.

Due to such a successful first season, Anzac Terrace Netball Club are happy to be placing teams into the Spring Netball season held by Swan Districts Netball Association.

This is a short season, consisting of 9 rounds and played on Tuesday evenings.

The age group for these teams are Years 3-6.

The costs for the Spring season are as follows:

**(these are fees for insurance and affiliation with SDNA and Netball WA.)

Games will be played at SDNA, Gray Drive, Midvale on Tuesday evenings at either a 5 or 6pm timeslot.

We will be holding a Registration day/ 1st training session, (on the courts near the assembly area), on the following days:

Training days will be every Wednesday or Thursday, (depending on age group), at 3-5pm from then on.

These competitions are designed to be fun and inclusive for all experiences/ages, therefore there will be NO finals held for ANY of these age groups.

REGISTRATIONS MUST BE IN BY FRIDAY 15 SEPTEMBER. THESE MUST BE ACCOMPANIED BY A DEPOSIT OF $50.00.

If you would like more information or to make alternative arrangements for registration, please call Jo 0438 667 859 or email at joannefealy@gmail.com

All families must be enrolled to attend the program, remember this is easy and free!! Please create an account online at http://www.oshclub.com.au all bookings and cancellations can also be managed via your online account. For on the day bookings please contact the Coordinator direct at the program.

This year we have been working on broadening our community focus – this has included raising funds for Refugee Week, awareness for Reconciliation week, visits from the Kiara Police and the Morley Vet.

We would love for you to get involved! We’re looking for parents, guardians, family members and other members of the community who would like to share their knowledge, talents, skills or advice with Anzac Terrace OSHClub.

Thanks and have a great week!

Enrol your children now in VacSwim swimming lessons during the October and December/January school holidays.

With swimming pools and beaches a part of the Western Australian lifestyle, ensuring your children can swim competently and safely is a must for all families.

Your children can join in the fun of learning to swim in lessons conducted at pools and open water venues across the State. VacSwim is for all children – from beginners through to advanced survival, rescue and resuscitation.

Your children can learn to swim for just:

To find out more about VacSwim and to enrol online please visit education.wa.edu.au/swimming

Keyed Up Music will be teaching group music lessons after school at Anzac Terrace Primary School. Guitar lessons are on Tuesday. Lesson pricing starts from $16.95. To enrol your child please go to www.keyedupmusic.com.au/enrolment-form if you require more information please contact Therese on 1300 366 243 or email us enquiry@keyedupmusic.com.au 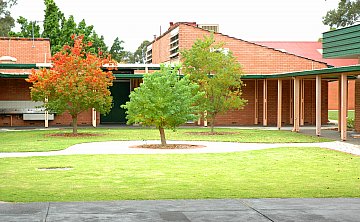 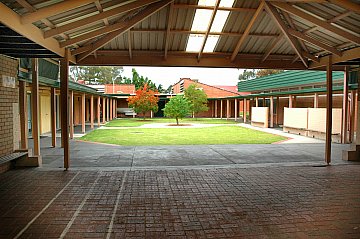